The Colgate team provided me an opportunity to participate in the Colgate Magical stories contest and in turn, give me a memorable experience with my little one. When we received the red Colgate pack, my daughter was thrilled to open the packs. She was disappointed to see that it were toothpaste packs as she didn’t know what waited for her from inside the packs.

On one of the weekends, we sat down and started cutting out the figures from the pack and asked her what she thought about the astronauts, space stations and planets that aligned on the table. 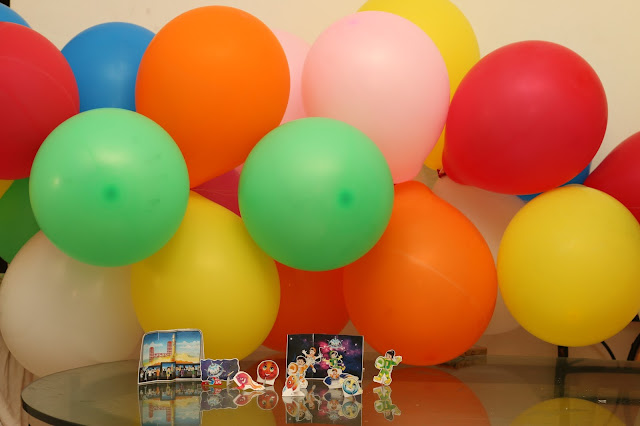 I have to specify that my daughter just turned three, and so, her stories mostly revolve around the concept of family as featured in Peppa pig cartoons. So without further ado, here’s the story my little one came up with.

“ Once upon a time, there was a space station and there was a mommy astronaut and daddy astronaut who lived there. Apparently, everyone comes under the mommy and daddy headers now. One day, they decided to go out. So they brushed their teeth, had their milk, wore their shoes and stepped out with the keys. They took their airplane (rocket, actually) and went up and down and vroom vroom vroom. “ 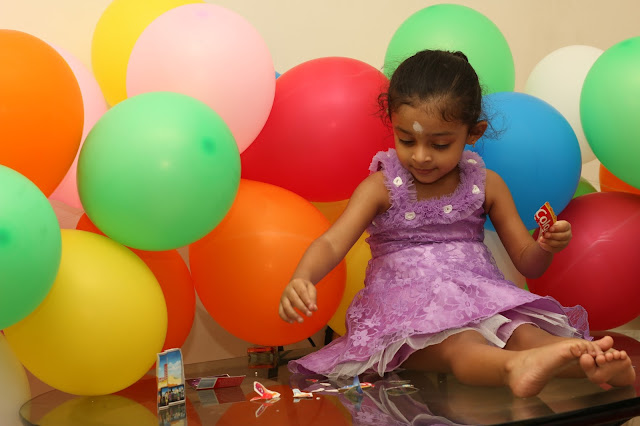 Now, this vroom vroom went on for a while until I interfered and asked what happened next.

So she went on:

“They went to the red planet first and played there with balloons.  They ran, they jumped and they had fun. But then, they saw the pink tailed fire that was coming towards them. They got scared because the pink comet came with giant ants on them. The ants were angry because Mummy and Daddy astronauts were playing on their house. They came and shouted at them, and mummy and daddy got into the rocket and flew away. “ 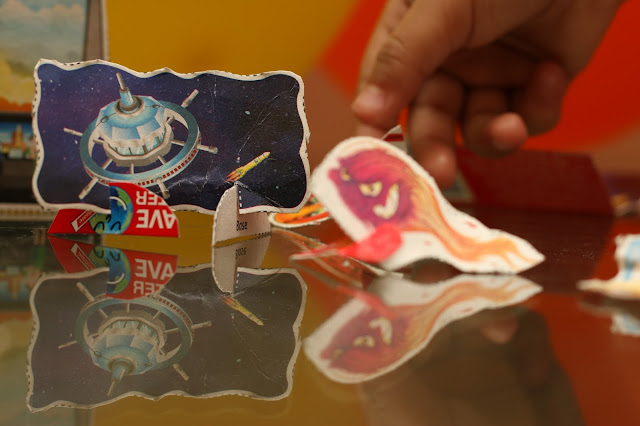 “When they were flying around, they found a silver top and went to check what it was. They liked the top and so ran around the top and played. They said ‘Hi’ to the red and blue planets and played.

(Since floating around in space is too much effort, that’s what we did. We ran!)

“After some time, they decided to jump to the blue planet. They saw that there were so many puddles and so started jumping in the puddles.” (Courtesy Peppa pig, my daughter believes that jumping in puddles is the best way to spend one’s spare time now) 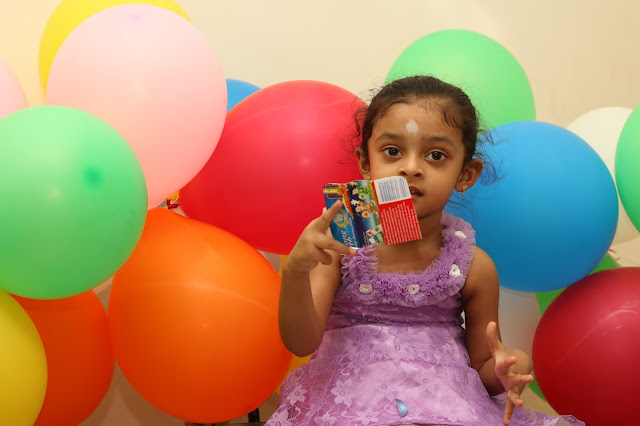 “They jumped, and jumped and jumped in all the puddles. After some time, they got tired. So they got into the rocket and went back home.”

My daughter is one of those kids who find it hard to sit still for more than a few minutes. However, she was completely engrossed helping me cut the figures, arrange them and then having the astronauts, planets and rocket fly around. So thank you, Colgate! We managed to have a great time building stories around the characters you guys thoughtfully included in your packs.

“I’m blogging my #ColgateMagicalstories at BlogAdda in association with Colgate.
Posted by caterpillar at 2:07 PM 2 comments: