“In real life, love has to be possible. Even if it is not returned right away, love can only survive when the hope exists that you will be able to win over the person you desire.”
(Paulo Coelho, By the River Piedra I Sat Down and Wept)

….Sam read the lines once again and sighed. She looked up from under her lashes at Alex when she heard the muffled laughter from his direction. He appeared to be engrossed in looking through the books displayed while his friend lounged against one of the shelves.  She had seen him looking over a few minutes back and had wondered if it was her, or if it was just his usual casual glance around the room. A second and a sly third glance in her direction had confirmed that it was indeed her who had caught his attention. Though Sam tried to ignore it, her heart seemed to sing from the knowledge that he found her interesting. But then she could not let it show, unless she wanted to make a fool out of herself. Stupid, treacherous Heart!

Samantha continued gazing into the book, attempting to block out the flutter in her heart and the strange feeling she felt in the pit of her stomach. She knew that to anyone who looked from outside, she looked as though she was intently reading her latest pick from library; if only they knew how her heart drummed inside her. She felt she heard the sound of footsteps overpowering the ruffling sound of pages being turned all around. After a while, it stopped.  He must have left; Sam thought to herself and sighed, partly out of disappointment and partly out of relief. It was then she sensed the presence of someone standing across her, at the table.

As she looked up, her eyes took in the shoes, muscular, male legs clad in jeans, hands, specked with hair and palms resting in the jeans pockets. Her eyes continued on their way up and saw the grey t shirt which had a pair of earphone wires resting on it, squared jaw, aquiline nose and light blue eyes. Her eyes stopped at the face of the intruder, if she could call him that. Sam’s eyes widened slightly as her brain registered that it was Alex, looking at her, his head cocked sideways. He looked calm enough but his eyes seemed to be shining with something. Amusement? Excitement? She didn't know what her face showed, but whatever it was, he seemed to be enjoying it a little too much; the faint smile he tried to hold back gave it away.

Sam realized that she had been staring at him for a while…and he seemed to be waiting for her to wake up from her reverie…if only he knew that it was rather shock she was trying to recover from…shock that he was at the table which had only one extremely quiet, and inexplicably nerdy looking her sitting with a book she wasn't able to concentrate on. Sam copied him and cocked her head sideways; trying not to let him know that beneath the cockiness was a fountain of happiness that seemed under the danger of bursting and overflowing, any moment now. She’d kill herself before she let him in on how she felt about him. She leaned on to the table and blinked her eyes a couple of times, trying to act unconcerned, her toes curled up all the while, the only sign of her nervousness.

What surprised Sam was Alex’s reaction… a loud chuckle which seemed to turn all heads in the library in their direction. She sat up straight and glared at him. She hated attention of any kind, and here his highness had invited the complete room’s attention to themselves with a single laugh. She felt her ears turning hot and knew instantly that her face would soon turn a dark shade of pink. She had to do something! Sam slammed her book hard and got up from the chair, avoiding looking at anyone. The scraping sound her chair made when pushed back made her wince but she refused to look up. She turned around and walked towards the door, hoping that her actions showed her displeasure at what he had done.

By the time she walked out of the library, Sam was convinced that she had driven him away for good. She brought the book she had picked close to her chest and hugged it, telling herself that she was an idiot to have believed that he was even slightly interested in her. He must have probably come up to her to ask her about some book, or enquire about something trivial. She had made a fool of herself, without even trying. So much for trying to act nonchalant!

She sighed once again, feeling her heart crack into a million minuscule pieces. What was wrong with her anyway? He was THE most popular guy in the school, and probably starred in the dreams of every single girl within the perimeter of the school.

Being popular had some perks and one of them was that you never had to act as though you were interested in the wallflowers. Most of the girls fawned over you and fell over their feet trying to impress you anyway. Wallflowers were reserved for the less fortunate ones, the non handsome, non smart, non athletic ones. For them, these girls presented the opportunity to test their kissing (and drooling) and fondling (and groping) skills.

“Hey!”, a breathless voice called from behind.

Sam turned around and saw him standing right in front her, breathing hard, bent over and hands resting on knees.

“You walk real fast...didn’t you hear me call out?”, he asked in between the pants.

“No worries….you left your phone behind”, and with that Alex straightened up and stretched out his left hand, her phone resting in his palm.

She looked at the phone, and back at him, her brows knit together in a frown.
Posted by caterpillar at 6:22 PM No comments:

A Box Full of Surprise...And a Lazy Sunday Lunch!

I had submitted a post for the Borosil  My Beautiful Food Contest (http://www.myborosil.com/) at the last minute (as always). I didn't bother to check the status of the contest because I have never won in any so far. So imagine my surprise when I opened my mailbox to see an email that said that my blog entry had been selected as one of the fifty entries for the second round!!!

After doing the Happy Dance for a little while, I sat back to check what needed to be done. It was mentioned that I had to showcase my gastronomic creations using the dishes I would receive from Borosil. The words "Borosil Hamper" made me do a second round of Happy Dance.

When I did receive the hamper, I drooled at the sight of the beautiful glass dishes that laid there bubble wrapped and begged to be used. How could I, the barely-able-to-cook person, resist a chance to flaunt my winnings. This was like I had had the last laugh, and of course, a good excuse to conduct further experiments on the unassuming victims...my in-laws this time.

I planned the meals so that they were prepared on a weekend which made the preparation a family affair...in other words, I had enough helpers to spare. From my mother in law to my niece, we had everyone swarming in and out of the kitchen.

We prepared Spaghetti Carbonara for the meat lovers, Spaghetti Arrabiata and Potato salad for vegetarians and Chicken curd curry with rice for the Indian food lovers.We had coke and cold coffee to wash it all down and Dulce de Leche Mousse to finish up.

So, my dear fellow bloggers, presenting to you without further ado my pretty pretty borosil dishes, and a Sunday lunch enjoyed with my husband, nephew, niece and in-laws on a lazy, rainy Sunday. 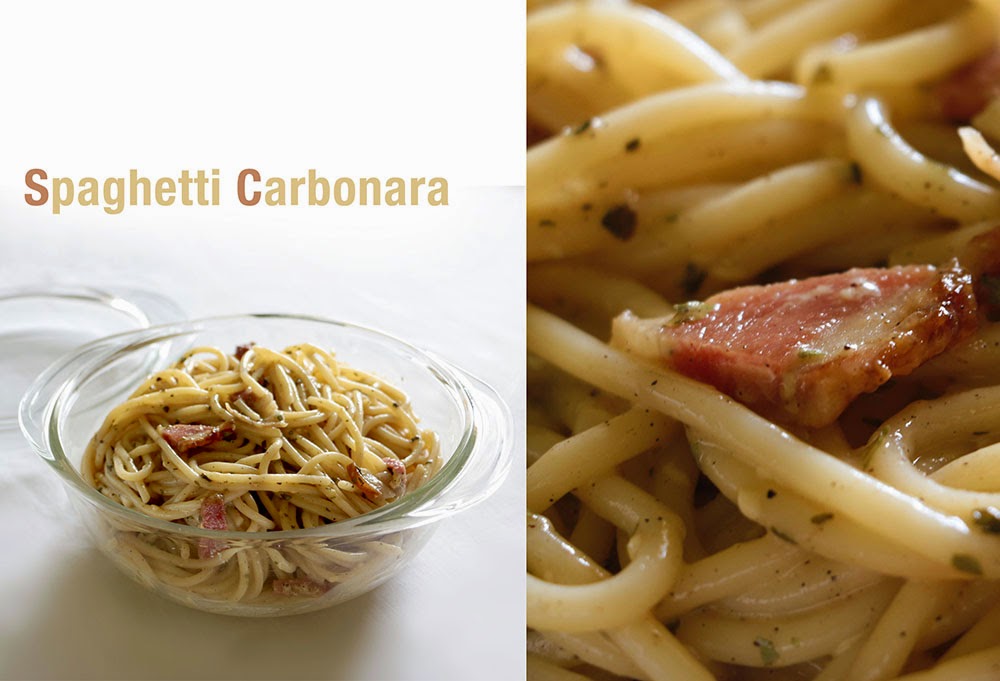 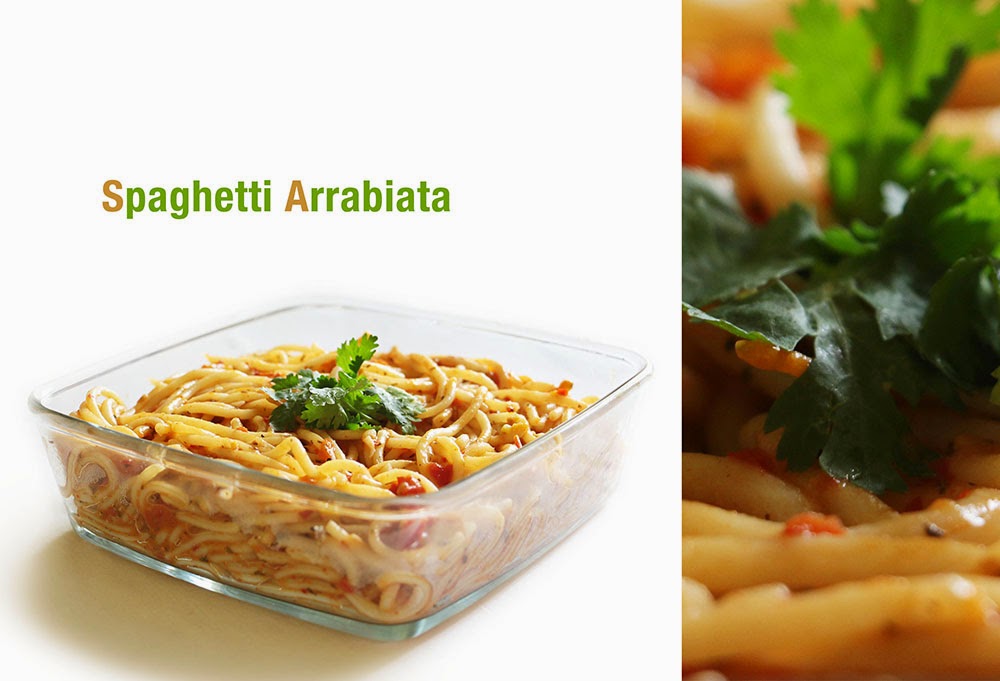 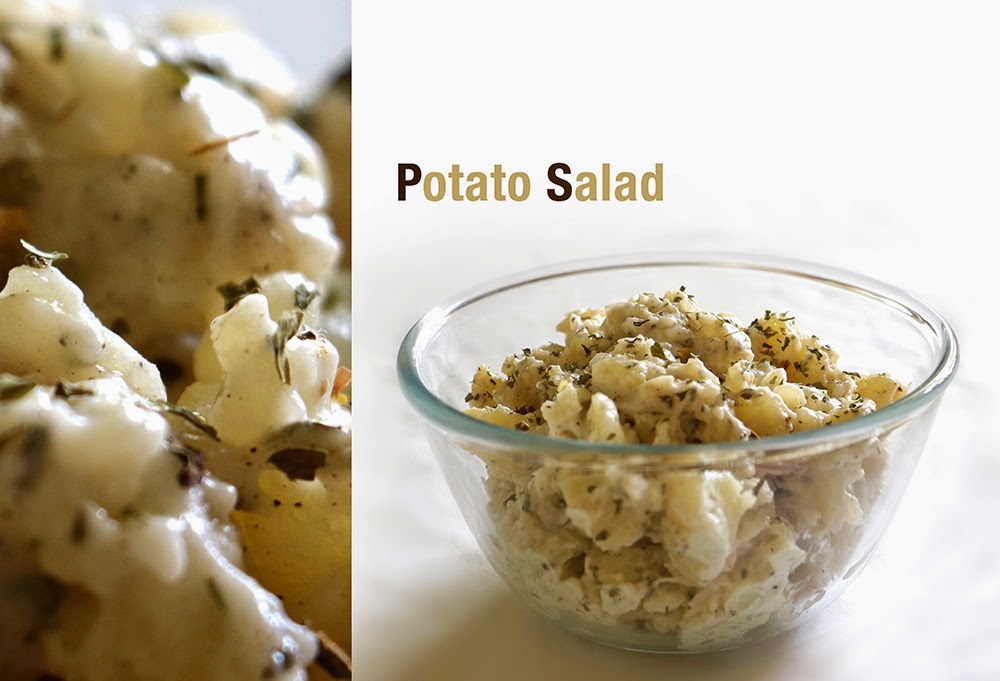 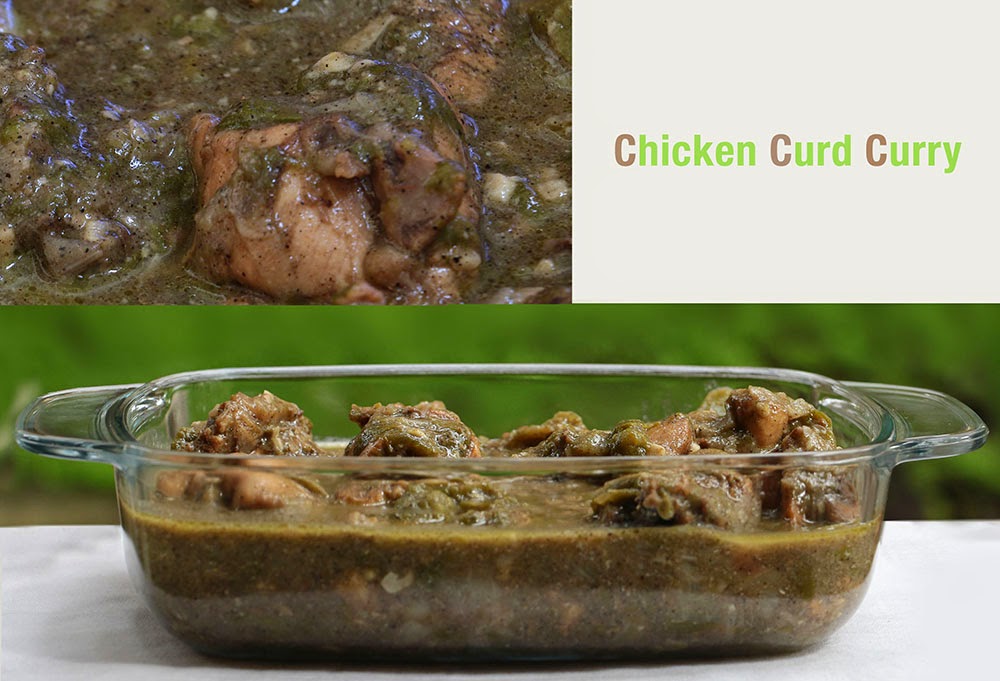 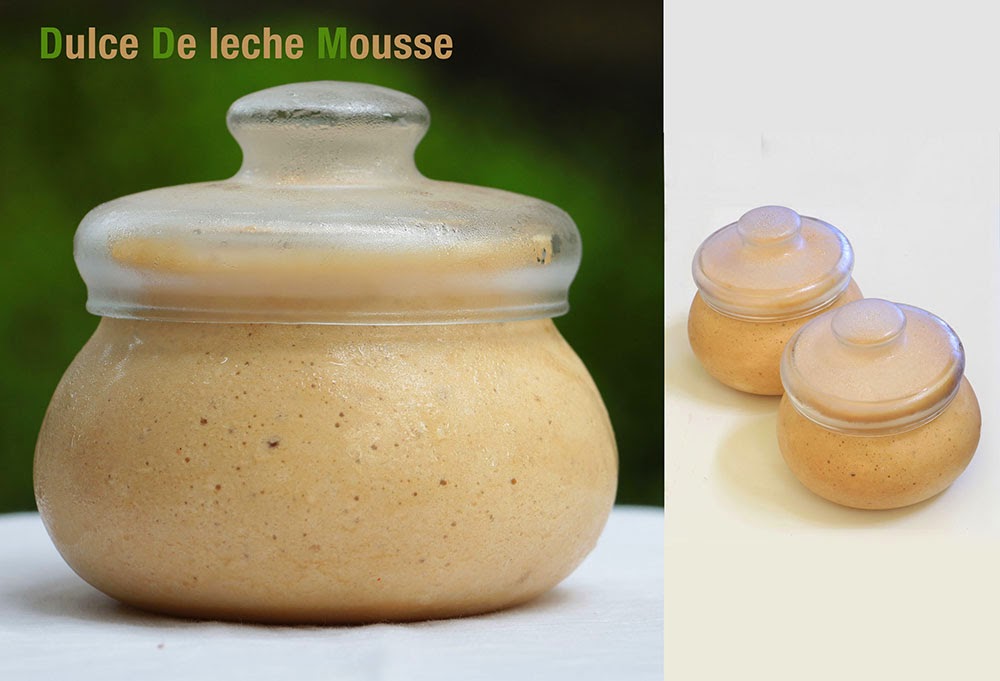 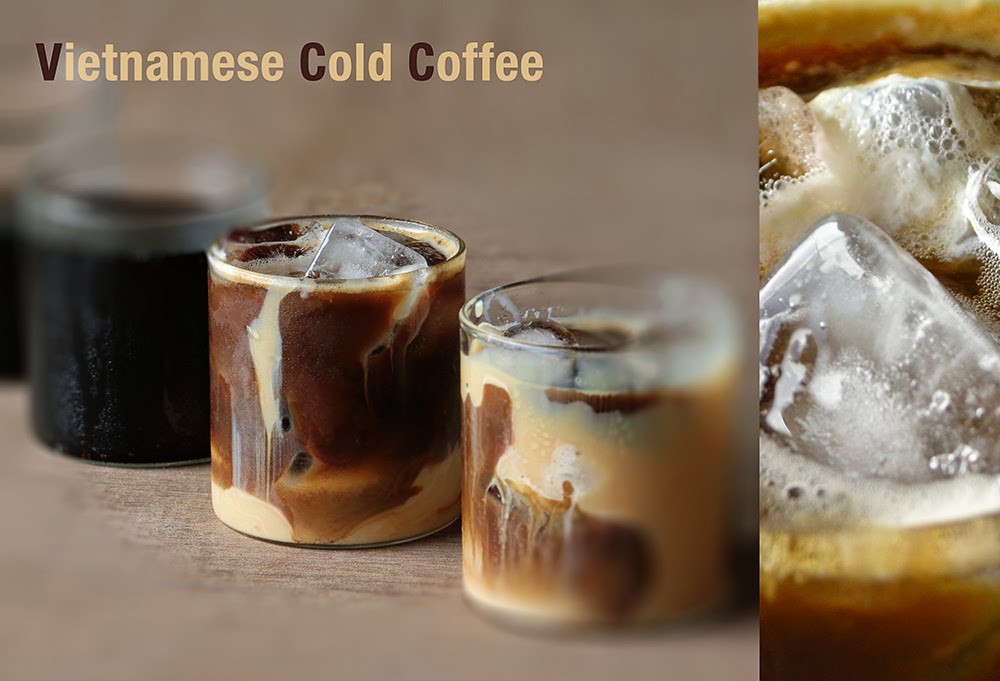 There's this conversation from the movie Confessions of a Shopaholic that I remember. The protagonist, Rebecca Bloomwood speaks to the head of a bank. She suggests putting pink umbrellas in the window displays and have sales and free doughnuts as ideas to make his bank more interesting to the customers.
Well, maybe not as drastic, but Kotak has introduced Kotak Jifi (http://www.kotakjifi.com), a new platform that aims to makes a visit to bank less like tooth extraction and more like logging into your Facebook account. Oh wait, it is not "like" logging into your FB account, JIFI actually uses your Facebook account in order to have the account set up for you.

Once an account has been set up, the one worrisome thing is maintaining the minimum balance so that you do end up paying penalties when the balance dips. Not any more, Kotak JIFI doesn't require a minimum balance to be maintained. Even better, any amount above 25,000 is automatically converted into term deposit and you are rewarded with a high interest.

What makes it even more interesting is that I don't have to stand in endless queues or face sleepy eyed cashiers anymore in order to know about my account details. All I need to do is log into my twitter account and I get to know my account balance, transaction history and even request for my cheque book.
Additionally, I can carry my account with me anywhere I go because I can manage my accounts, transfer funds and pay bills using the Kotak mobile banking app. Additionally, the Kotak Offer app provides details on the latest discounts pertaining to our area of interest.

Not social enough? How about if I say that JIFI goes a step further and tracks and manages your expenses for you. You can enjoy your time with your friends and family without having to make mental note of each expense because JIFI will do that for you.

There was a time when you had to the boring drawling or harsh telling off from cashier to the peon in the banks before you got your money deposited or withdrawn. But now, all you need to do is reach into your back pocket, pick your phone and your bank account is right there, at your reach.

Well, it might not be pink umbrellas and free doughnuts, but I will take it over the endless waiting, and the boring trip to bank any day, any time.

This post was written as a part of Jifi is here (http://www.kotakjifi.com) competition conducted by Indiblogger.