Mira remained groggy as she stepped out of the shower in the room she was staying in. Her eyes were puffy from lack of sleep, and from endless crying. All her excitement about her final day in Melbourne had dissipated after her call with Rahul yesterday. A month in Melbourne and all she had seen was her office headquarters and the hotel she stayed in. This was her day off work and she had finally decided to take a tour before she returned to India.

Last night's conversation brought unexpected tears to her eyes. He had said that her office trip to Melbourne was a blessing in disguise because he needed some time to think about their future. It came as a curve-ball to Mira who had no doubts that Rahul was 'The One' for her. Of course, she frequently chided him about his lack of romantic gestures, but she also knew that he was the more caring and stable one in their relationship. She had hoped that he would be excited about her return, but he merely sounded resigned when he told her that he needed time to think.

The note read “Mira, here’s a little adventure for you to remember your last day in Melbourne by. Visit Federation Square and enjoy the view, the shows and the crowds milling around. Walk into Cup of Truth and order your favorite Vanilla Latte and ask for Jono”

Mira looked from the rose to the note wondering what was going on.

“Who….? What???”, Mira thought, confused. Though she wanted to dismiss this as a silly prank, she felt the slightest twinge of excitement within her. She always enjoyed solving puzzles, and here was one that was begging to be solved.

She dressed quickly and walked out of the hotel determined to find out what the next clue would be. She reached Federation Square and immersed herself in the crowd. She enjoyed the band performance, the art displayed and felt herself feeling better than she did in the morning.

She slipped into The Ian Potter Centre and checked the souvenirs on display.  She placed back the souvenir she picked up; it wasn't needed anymore. She felt her excitement dampened but cheered herself up. She followed the instructions and walked into the café specified in the note.

She joined the queue to pick up her coffee. As she reached the counter, Mira asked for Jono as the note instructed. She found a pleasant looking woman approaching her.

“So you’re the lucky girl. Here you go…Don’t worry about the bill, it’s been taken care of”, Jono handed over the latte along with another red rose with a note wrapped around it and winked at Mira.
Mira unwrapped the note and read through it in a hurry.

“Now that you've had your morning coffee, jump onto the city tram and enjoy the ride. The note included a picture of the City Circle Tram, maroon and green colored with yellow and golden borders, reminiscent of the Harry Potter train, and the train schedule. 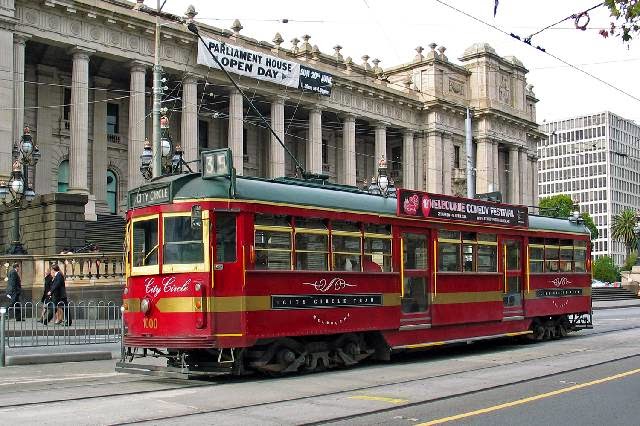 Mira walked to the boarding point and waited for the next tram to board. She boarded the tram and found herself seated next to a few tourists who were as excited as she was about the adventure she was on. She spoke to them while trying to run through her friends list to identify who could be the mastermind behind this adventure she was on.

Mira was lost in thoughts when she felt something being flung into her lap. As she looked down, she found a pouch lying there with a red rose peeking through the opening. She looked around to find out who had dropped it off but the tram was packed. She opened the pouch and pulled out the rose. A note fell out and she picked it up. The note read….”If you’ve had your fill of the tram trip, how about a little shopping. Step off the tram and go to Queen Victoria Market. Go visit Madame Pompadour.” 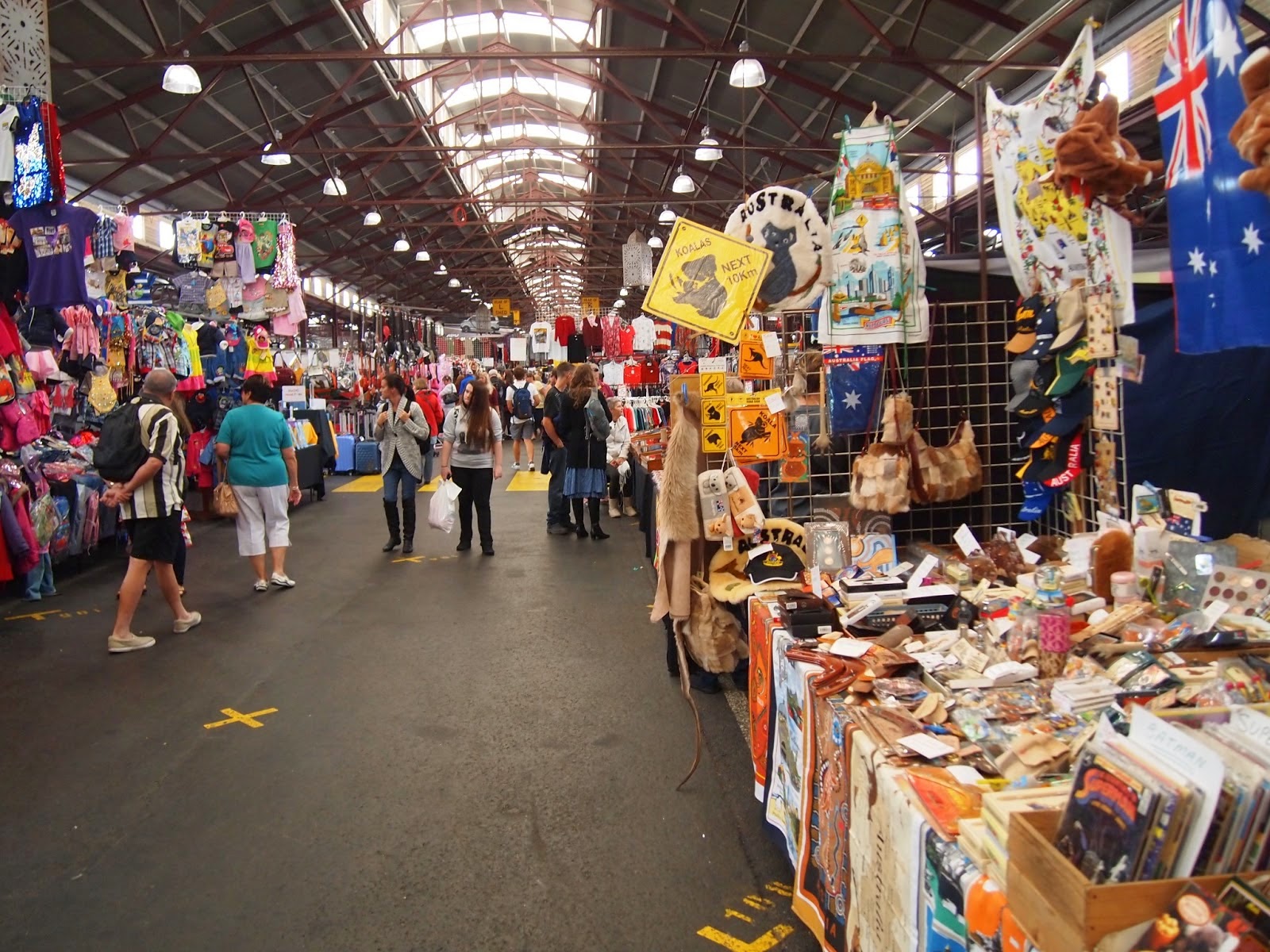 Mira smiled involuntarily as she read the note. Someone knew her real well. She got off the tram with directions to Queen Victoria Market and skipped her way there. She walked in and found stalls and stalls of anything and everything she could imagine.  Mira had a quick lunch of pizza before starting with her shopping expedition.

She picked up things that caught her fancy which included everything from cheese to candy to souvenirs, before she walked into Madame Pompadour. Mira was awestruck by the collection of everything frilly, feminine and fantastic in the shop. As she browsed through the collections, a petite lady walked up to Mira with a box with a red rose placed on top and handed it over to her.
“This is for you, love”, she said while handing it over to Mira. 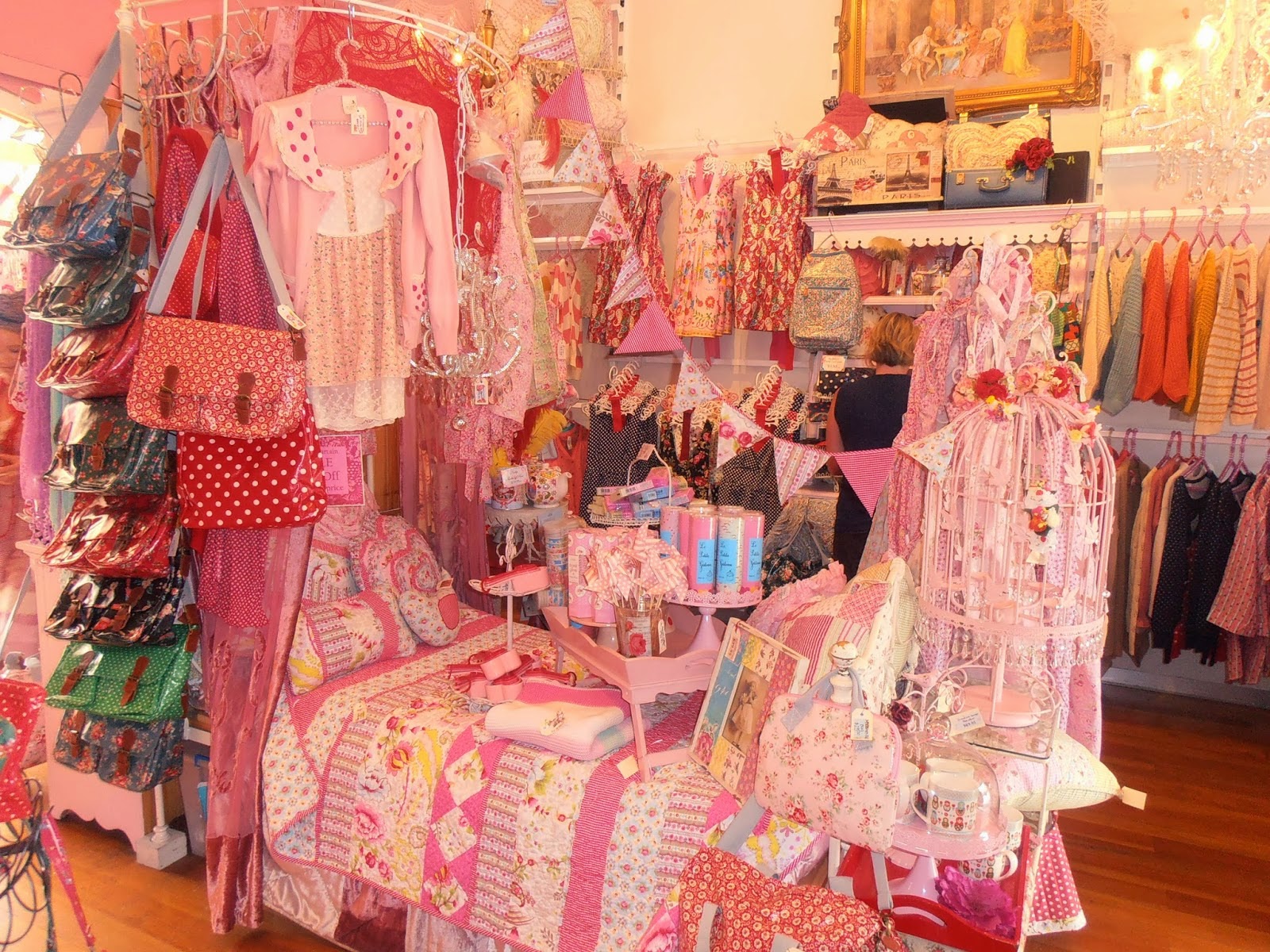 Mira had expected another note from the shop but not a gift. She opened the box to find a beautiful  pink floral dress with a note placed on top.

“Mira, meet me at Eureka Skydeck 88 in this dress at 6:00 PM.” There was an admission ticket in the box along with the dress.

Mira checked the time and found that it was 4:30 PM already. She couldn’t wait till she got back to her hotel and changed into the dress. She rushed out of the market and hailed the first taxi that she found empty and gave her hotel address. As soon as she reached her hotel, she tried on the dress and found that it fit her perfectly. It was like it had been stitched with her in mind.

Once she got ready, she waited impatiently for her watch to touch 5:30 pm. As soon as it did, she walked out and waited for a taxi to take her to Eureka Skydeck. 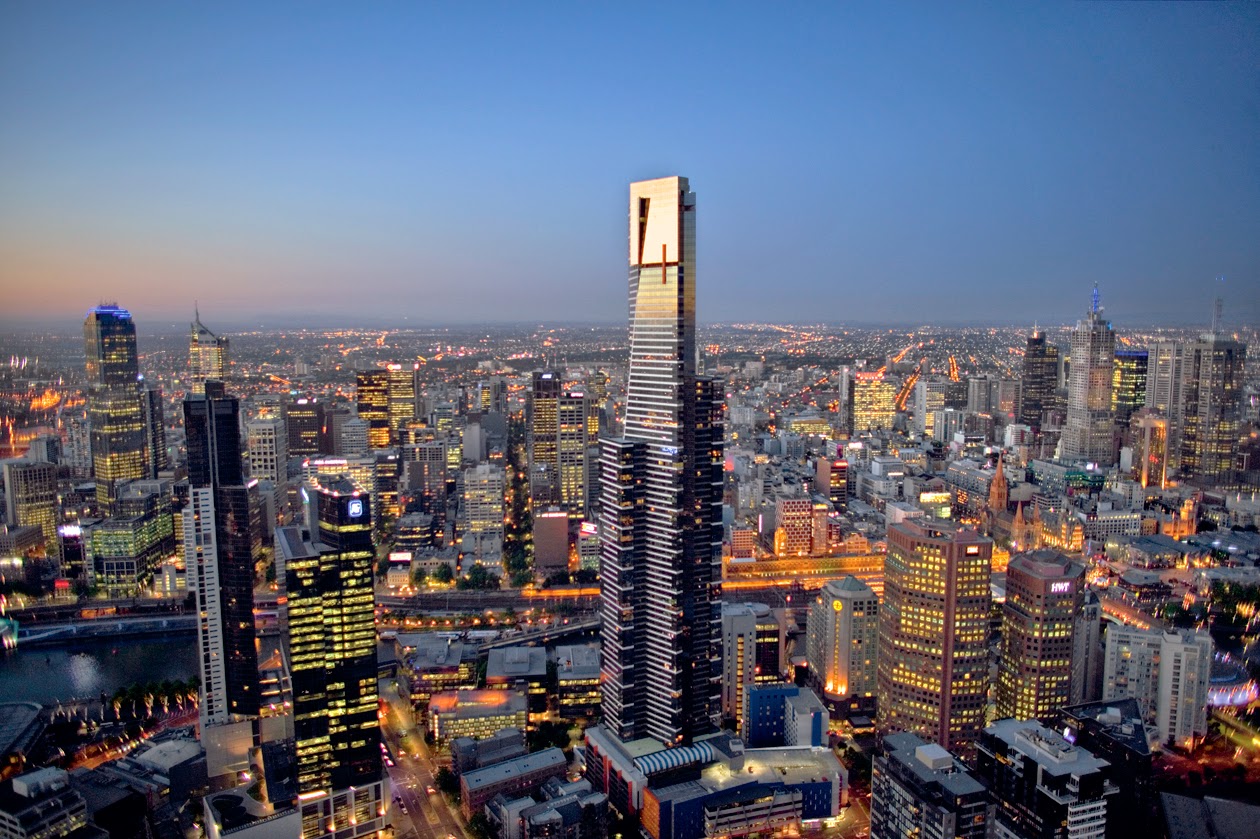 She reached Skydeck at 4:50 pm and stepped into the Skydeck with bated breath. She looked all around and could see couples, families and other single tourists walking around, taking in the view of Melbourne’s CBD, Docklands and Yarra river. She felt a tug at the hem of her dress and turned around excitedly.

A small girl of about nine years was standing smiling.

“This can’t be right…Who is she?”, Mira started wondering if it was all a prank when the girl handed over a red rose to her and ran off to join her family with a giggle. Mira checked and saw that the red rose came with yet another note.

“A few more minutes before we meet. Please step into ‘The Edge’ and wait for me. There was yet another admission ticket to The Edge box. Mira couldn’t wait any more and so, walked into ‘The Edge’ box. 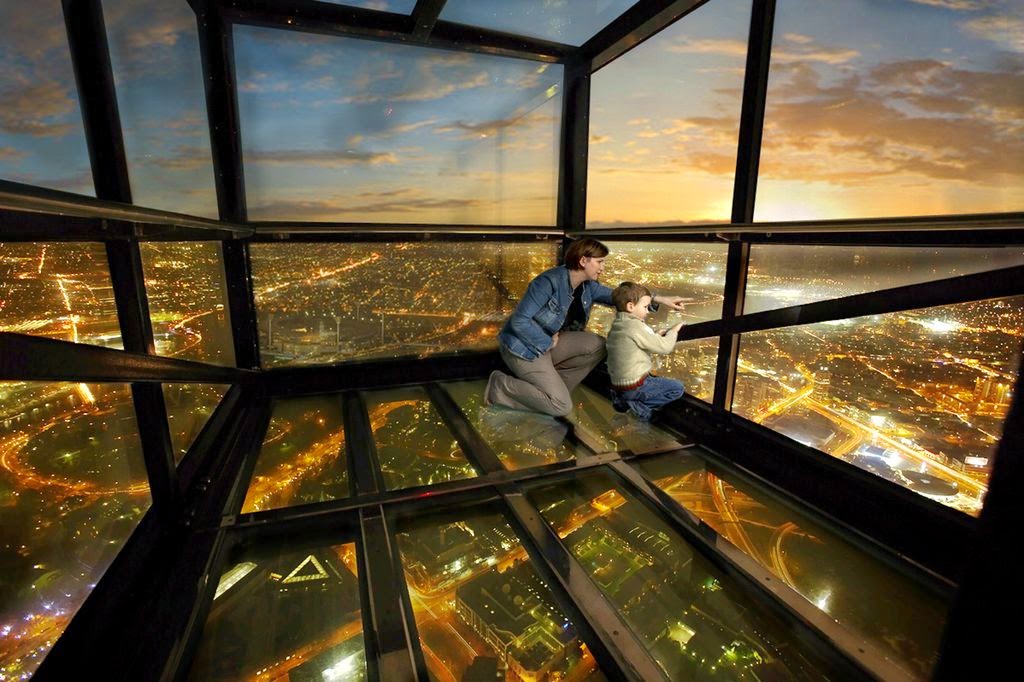 She was entranced by what she saw. She could see the darkening sky, the lanes and roads, with the lights being turned on. She could see the sun setting and the golden, pink and blue hues that appeared to be decorating the sky. She heard someone clearing their throat behind her and turned around.

Mira stay frozen for a few moments before she realized what was going on. Rahul was standing behind her with a note in his outstretched hand. His face had a curious mix of nervousness, amusement and joy and he appeared to be watching her intently. He extended his hand and there it was, a neatly folded note.

Mira walked close to him and plucked the note out of his hand. She unfolded the note and read…

“Will You Marry Me?”

As she looked up from the note, there Rahul was, on his knee, with a ring box in his hand.
Mira nodded yes as tears rolled down her cheeks. Rahul quickly stood up and walked towards her. He gathered her in his arms and hugged her tight before slipping the ring onto her finger.
“I’m sorry for what I said….will you forgive me?”

“I’ll consider it”, she replied as she swatted him lightly and sniffed and giggled at the same time. Rahul walked her out of The Edge cube. They walked silently to the Edge shop where he collected the souvenir photos which showed every frame of the proposal.

“Mira….am I forgiven, truly? I am so sorry for hurting you…”, Rahul said sheepishly.

“Yes you are forgiven….”, Mira smiled.

“Then will you forgive me if I told that I spoke to your manager without your knowledge and asked for a week’s vacation so that we can explore Melbourne together?”

“You did what? And Gautam agreed?”, Mira asked incredulously and got a shrug in reply.
“You know what, I take back my words. You are not just romantic but crazy….my type of crazy”, she whispered into Rahul’s ears as she hugged him tight, thinking about all the adventures they were about to go on in Melbourne.

This post was written as a part of “What’s your reason for falling in love with Melbourne” contest held by Indiblogger. Please visit the below link to know about the different activities to indulge in while in Melbourne:

Here is a sneak peek of the video that tells you how to come alive in Melbourne:

Here’s a chance for the readers of this post to win some goodies. Tell me which of these places you would want to visit in Melbourne and why.  The best answer stands to win a voucher. Hurry up and send in your answers by January 4th, 2015.